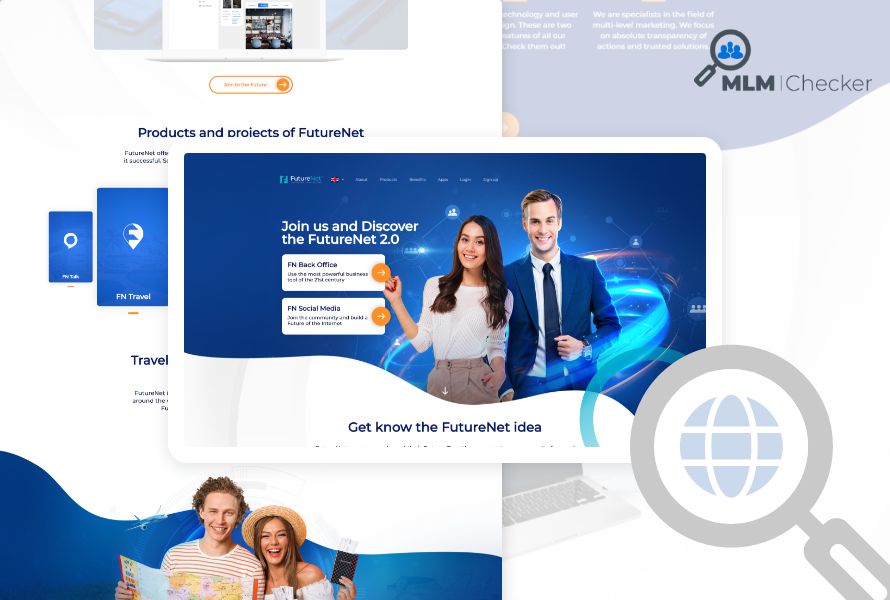 Lately, FutureNet has been getting a lot of attention on the web. As there is a lot of hype around this company, it is no wonder that a lot of network marketers are trying to sell this opportunity. Moreover, you can see posts all over social media. However, should you take this opportunity? Is this opportunity even real? The most important question of them all is: Is FutureNet a legit business?

Well, in this article, we will cover the most essential information regarding FutureNet as we have gathered for you all the facts. However, note that we won’t try in any way to promote or sell anything related to this company. Moreover, we will let you decide for yourself whether you should invest in FutureNet or find another company. The information in this article will simply help you make a proper decision. So, let’s get started.

This company’s goal is to create a community focused on multi-level marketing, but are their intentions pure? As FutureNet was launched in 2014, it is a relatively new company. It is located at ul. Ulanska 5 52-213 Wroclaw, Poland. In the video below, you can see a tour of the FutureNet Office in Poland.

About Stephan Morgenstern – Founder and CEO

Born and raised in Germany, Stephan Morgenstern now resides in Poland, which is also the home to the FutureNet headquarters. Moreover, Stephan has more than 27 years of experience in the multi-level marketing industry. Also, he has built large companies all over the world. For example, Austria and Germany are among the countries where he has collaborated with other leaders in the MLM industry.

Furthermore, Stephan Morgenstern is notorious for being a keynote speaker at networking events in Germany, Austria, Dubai, Turkey, Las Vegas, and Salt Lake City. Also, he opened his first network marketing company back in 2012 – Somnium Network. Unfortunately, Stephan Morgenstern had to announce the company’s bankruptcy only six months later. Luckily for all the participants of the network, all invested money were returned.

According to the online platform Medium, Stephan Morgenstern and Roman Ziemian are friends long before FutureNet. Moreover, it took them two years of development before they successfully launch this new network marketing venture in 2014. Moreover, only two years later, in 2016, Stephan and Roman announced the launch of another social platform – FutureAdPRO.

Furthermore, in 2017, the two partners decided to launch their own FutureNet cryptocurrency. At this time, cryptocurrencies were at the height of popularity. Currently, the FuturoCoin rate is around $0.378. After the success of FuturoCoin, Stephan and Roman created the FNWallet crypto Wallet.

Further, in November 2017, the two partners even opened a FutureNet Café in Kyiv. However, they didn’t stop with only one Café. In May 2018, they announced the opening of a cafe chain in Wroclaw. Just a few months later, in September, Stephan and Roman opened another cafe in Warsaw.

As we mentioned earlier, Roman Ziemian is the other Founder and CEO of FutureNet. He is also the partner of Stephan Morgenstern. According to the same online platform, he opened his first trading company when he was 15 years old. As he was born and raised in Poland, Roman was interested in the situation in Poland by the end of the ’80s. Also, he continued to conduct several types of businesses. In 1992, when he was only 19 years old, Roman Ziemian was offered an annual internship in the “Mammoth Antiek” company in the Netherlands.

When he returned to Poland, he became the head of the logistics and customs clearance department for the assembly department. A year later, Roman moved to Germany where he spent the next 13 years. There he graduated from the International Institute of Higher Education in Zittau and then founded his first major company ProfiBau. In 1998, Roman Ziemian opened another company for supplying the equipment for gastronomic shops. Furthermore, Roman Ziemian even bought a paper factory five years later.

According to the online source Medium, Roman Ziemian met with Stephan Morgenstern in 2012. By this time, Roman was a successful entrepreneur. The two partners spent two years on creating the best social platform which was meant to fulfill grand ambitions. In 2014, Roman and Stephan presented the social platform FutureNet. Currently, FutureNet is believed to have over 3 million users from 190 countries all over the world. So, let’s take a look at what does this social platform has to offer.

FutureNet Travel is a customized travel portal. Moreover, according to their website, with FutureNet Travel users have the opportunity to save up to 70% for their next travel, for business or pleasure.

“As a FutureNet Customer, you can exchange your Media Points for Travel Voucher to reduce the cost of hotel accommodation or cost of car rental.”

With the FN Academy, users can learn more about topics related to Business, Communication, and Saving. For example, how to exchange media points for travel.  Also, this section helps users with connecting to everyone from their community as well as finding new friends.

Currently, there is no cost for signing up. However, after becoming a Basic member you have to spend at least $35 if you want to withdraw money. Also, as there are different packages you can choose from, the minimum amount you have to spend also varies. Let’s see what they are:

This MLM company offers all users the opportunity to withdraw money at any time. However, there are requirements that need to be met first. For example, the minimum amount for withdrawals is $20 for Bitcoin or $50 for all other withdrawal methods. Also, users can withdraw money cash if they are at Basic Position.

Furthermore, there is a fee that users need to pay. However, the fee for each ordered withdrawal depends on the selected manner of payment. On the other hand, the maximum withdrawal value is $10,000. Meanwhile, if you want to use a bank transfer, then the maximum amount of the available withdrawal is a total of $15,000.

These bonuses are tempting, right? Well, you need to beware. If FutureNet is offering a reward for almost every movement you make within the company, isn’t this suspicious? Moreover, doesn’t this look like a way of making members stay as long as possible a part of this company?

After the launch in 2014, the company performed well in the first two years. So well, that in 2016, Stephan and Roman announced the launch of another social platform – FutureAdPRO. Later, this company ended up being a Ponzi Scheme.

Further, their own FutureNet cryptocurrency ended up being a typical MLM pump and dump scheme. However, at this time, cryptocurrencies were at the height of popularity, which helped the team behind FuturoCoin make possibly a fortunate. Currently, the FuturoCoin rate is around $0.378. So, the big question is: Is FutureNet also a Ponzi Scheme?

So, is it true? Is FutureNet a scam? Judging by the fact that the company is fairly new, it is not likely that FutureNet is a scam. However, FutureNet is currently under criminal investigation in Poland. Moreover, Poland’s Office of Competition and Consumer Protection has issued a pyramid scheme warning for FutureNet as well as all associated companies. Also, a consumer protection warning was issued in Austria earlier this year.

Furthermore, FutureNet is the company behind two Ponzi schemes – FutureAdPro and FuturoCoin. Both projects collapsed within a year or two after being launched. Judging by these facts, we would say that FutureNet is an MLM Pyramid scheme. Investors should beware of such scams as they tend to offer unrealistic but tempting opportunities, such as high ROI returns or many different types of bonuses. 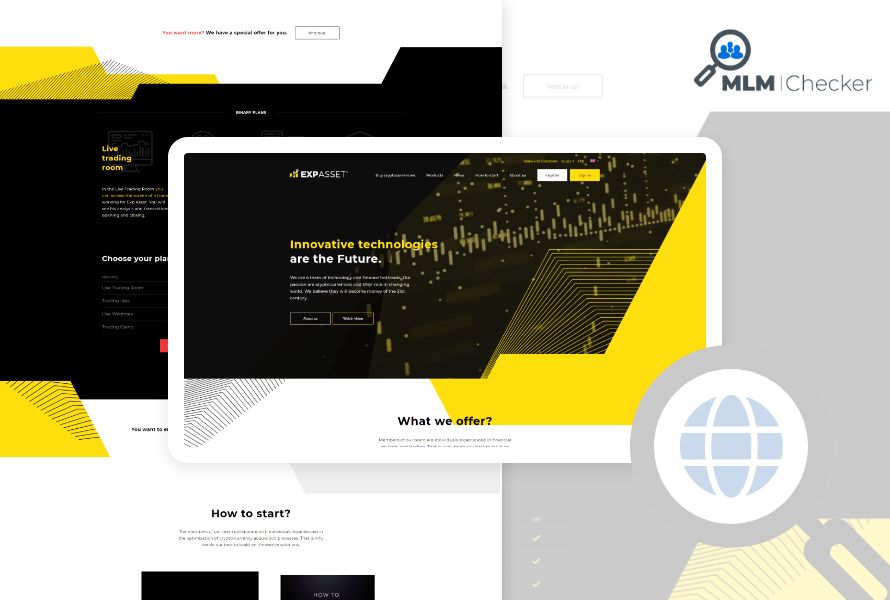 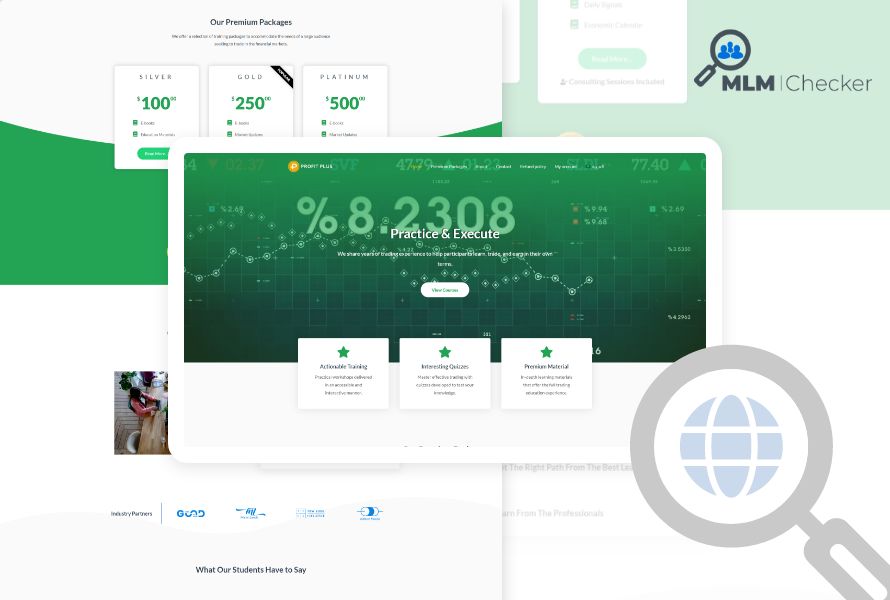 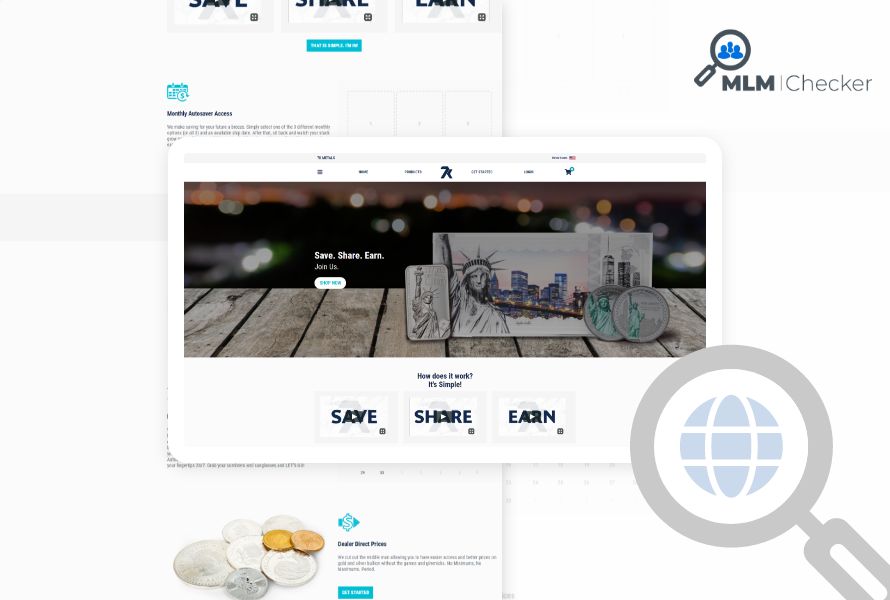 7K Metals a Scam or a Legit Company?